The Small Business Administration (SBA) announced The Matric Group is now eligible for HuBZone opportunities and will be on the list of qualified HuBZone small business concerns found on the SBA’s website.

HUB stands for Historically Underutilized Business and is an opportunity for small businesses to compete in a large-scale market. The government limits competition for certain contracts to businesses in historically underutilized business zones and also gives preferential consideration to those businesses in full and open competition. Matric can now seek government contracts on a level playing field with national and international companies.

To be considered, the company had to meet the following qualifications:

1.) The “principal office” must be within a Historically Underutilized Business Zone.
2.) The business must be at least 51% owned and operated by a U.S. citizen, Community Development Corporation, agricultural cooperative, or Indian tribe
3.) 35% of its employees must reside within the HuBZone region.

Established in Western PA in 1971, the Matric Group now employees over 300 people and is a quality-focused electronics manufacturer. For more information about The Matric Group and its services go to www.matric.com.

This article was published in the Venango Area Chamber of Commerce’s September 2019 VenangoWorks! Newsletter.

The Annual Dinner on Wednesday, February 27th was a great success. We had a fantastic evening celebrating our 2018 Citizen, Business, and Partner in Business of the Year. If you weren’t able to make it, the video presentations for each of the award recipients are linked below:

And thank you to Cross Creek Resort, our host for the evening!

Our 2018 Business of the Year, Matric Group, is an electronics manufacturer based in Seneca that has reliably and affordably provided original equipment manufacturers with safe, effective electronics for 47 years.

This growth led to record-breaking numbers on the production floor. Matric placed 19.6 million parts last year, beating its previous high of 17.9 million set in 2014. This effort was fueled by production on the company’s new high speed SMT line, which placed 41 percent of the parts.

For the third time in four years, Matric was presented the Komatsu “Premiere Supplier” award in July. This honor requires recipients to demonstrate an exceptional level of quality–less than 3,000 defects-per-million or 95 percent on-time delivery–in addition to hitting a minimum sales threshold. The two companies have a partnership extending back nearly 50 years.

The company was also selected as a recipient of the 2018 Governor’s Award for Safety Excellence for a second time (the first was in 2015). A deciding factor in Matric’s nomination was a record-breaking medical-claim free streak lasting 753 days from March 2016 to April 2018. Although the streak has ended, Matric associates continue to prioritize safety and continue to work hard towards building another impressive run.

Outside of business, Matric and its associates strived to make a difference in the community in which we live and work. This year, Matric associates raised $16,004 for the United Way of Oil City, a total matched by the company. 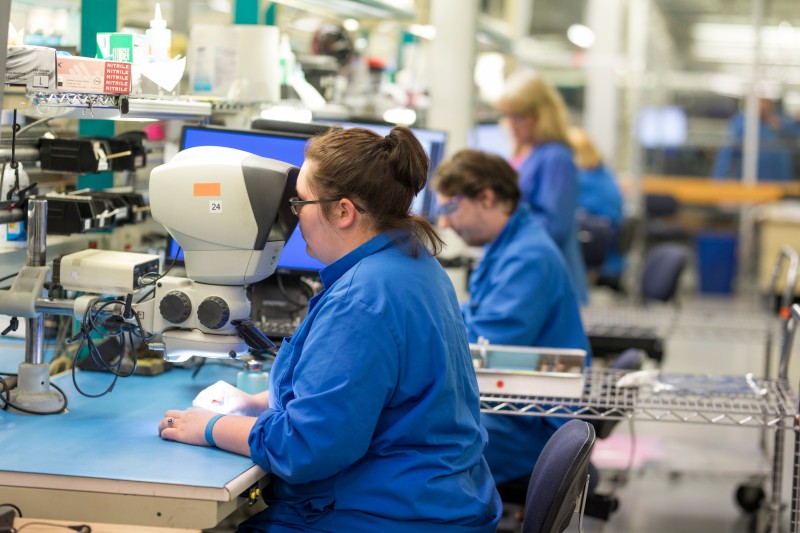 In December, the “Fill Up the Matric Van” initiative invited associates to provide food and supplies in assistance of Family Services and Children’s Aid in Oil City. Originally founded as a benefit for a disabled Matric associate in 1993, the tradition has come a long way, with nearly 18 boxes of goods collected this year.

As we move into 2019, the focus at Matric is the same as it’s been since President Rick Turner bought the company in 1993: “As with the last 25 years, we are committed to slow, profitable growth with continued reinvestment in our business.”

Matric will be honored at our Annual Dinner on Wednesday, February 27.

This article was published in the Venango Area Chamber of Commerce’s February 2019 VenangoWorks! Newsletter.

ceived the Governor’s Award for Safety Excellence for the second time earlier this month, hosting a ceremony at their Seneca facility on November 2.

Matric President and Owner Rick Turner credited his 300-plus employees for the award. “We have terrific associates who are safety conscious,” he said. “This would not have been possible without them.” Congratulations Matric!

Electronics and People You Can Count On 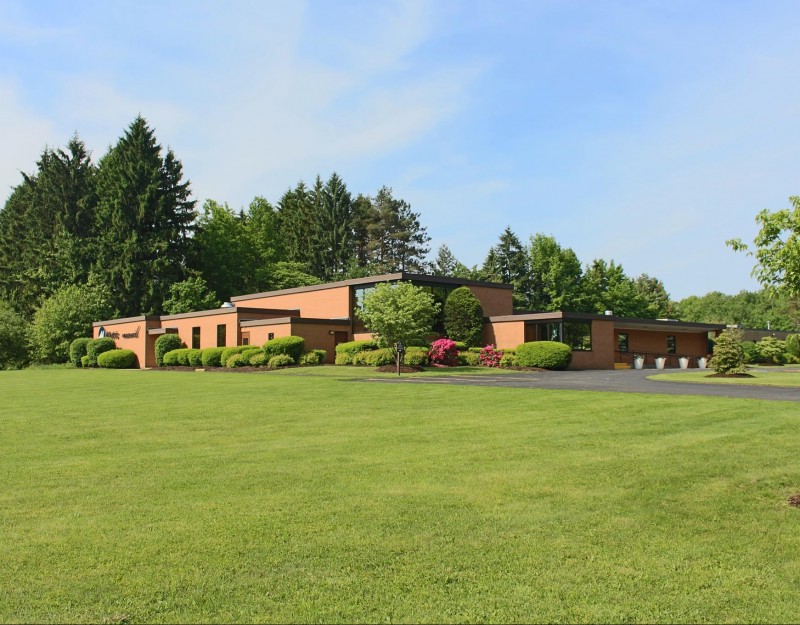 Matric is headquartered in Seneca and consists of three sister companies—Matric and Dynamic specialize in printed circuit board (PCB) and other design and assembly services, while Windurance specializes in wind turbine blade pitch technologies.

After the product goes to market, Matric continues to support its customers with aftermarket services, including upgrades, calibrations, and repairs.

The company was founded by Andy Maitland and Lee Ritchey in Franklin, and the name “Matric” comes from a combination of their surnames. In its early years, Matric focused on providing electronic design and service support to industrial clients in Western Pennsylvania. Current President and Owner Rick Turner purchased the business in 1993 and moved the company to Seneca, where it has built upon that foundation and now serves markets all over the world.

“We have great and dedicated people that are committed to serving our customers,” said Turner. A native of Jamestown, NY, Turner chooses to do business in Venango County for several reasons. “The local population has a strong work ethic, the low cost of living here is attractive, and, of course, you can’t understate the beauty of the countryside throughout the year.”

Matric is committed to slow, profitable growth with reinvestment in their business, and the constant and never-ending challenges that arise on a daily basis has been a favorite part Turner’s 25 years as President and Owner of the company.

The company’s dedication to having a quality workplace and product has not gone unnoticed. For a second time, Matric has been selected as a recipient of the Governor’s Award for Safety Excellence. Dynamic has also brought home the award.

With technical competence, market expertise, and a focus on customer service, Matric is an excellent partner for projects of any complexity.