All posts tagged High Above 80

Aaron Bolinger of High Above 80 recently had an article published in Projection Lights & Staging News Magazine (PLSN). PLSN is a free monthly magazine for the entertainment technology industry.

Bolinger, in addition to being a musician, is an amateur weather watcher and ambassador for the Weather-Ready Nation (WRN) initiative of the National Weather Service.

Bolinger’s article, titled “When Thunder Roars, Get Indoors,” is a list of tips for making sure your group is weather-ready. He talks, among other things, about the risks of storms and lightning and how to be prepared for anything.

Find the full article at plsn.com/articles/safety-factor/when-thunder-roars-get-indoors/.

This article was published in the Venango Chamber’s November 2019 VenangoWorks! Newsletter.

For 2019 & beyond, the High Above 80 family of musicians has expanded into other music ventures, while continuing the original recording project.

“At the request of our agent,” says guitarist Frenchy Garcia, “Nicole & I have set apart an acoustic duo project. With a few regional performances now behind us, we can say it is ‘for real’ and part of the big picture moving into 2019.” The “Mellow Doubt” duo is totally raw (no backing tracks), and features only he on guitar, accompanying her voice, on a nice range of “unplugged” style music. While Frenchy throws in a few comedic songs (old Benny Hill, Hee Haw, and others with him singing), most of the night showcases Nicole’s renditions of 80’s & 90’s favorites – Jewel, Alanis Morisette, Madonna, No Doubt, etc., and some with more contemporary flair – Lady Gaga, Adele, etc.

“We are plugged into a mini PA system, and can handle restaurants and other small venues that support live music with a more laid-back presence,” he said. “It’s new territory for us, but the song list already supports a 4 hour engagement. We never stop developing.”

In the larger band, High Above 80 has five musicians, and five distinctly different perspectives. Put them all together in a recording studio, and you’re going to get five different answers as to what to write and/or record. Put 15 original songs on a recording device, and it’s pretty hard to envision what might come of them.

“Welcome to our world,” says Garcia. “In almost three years now together as a group, we are still at the starting gate with this album, even though a fair chunk of it is close to finished,” he reports. “Being a “get-r-done” personality is pointless. We are too busy exploring the periphery to ever say ‘this is ready.’” Or so it seems. But Frenchy also reports that the experimental direction has been a positive influence on the project.

“This band is so much different from anything I have worked with,” he says. “It is one big dynamic bowl of soup. Trying to bottle this creativity is a real test.”

He brought a whole bunch of ideas into the studio before the band even existed. “A lot of this started in the 80’s. Heck, I was writing stuff in high school (the 70’s) that I never managed to get recorded,” he says. “I started collecting it, and putting pieces together myself before I had even one member for the current band. Now there are new tools at our disposal, and new stories to add to the starting points. It started as a tribute to musicians I have worked with over many years in music,” he says. “But it has grown.”

“I was more worried about hair-spray than lyric content when some of these were started. It’s wacky – reworking them to fit a band that sounds more like Jefferson Airplane than Poison,” he says. “Nicole has front vocal parts. So the lyrics must move her direction. She isn’t going to sing about chasing girls and wearing leather,” he joked.

“On the other hand, Nicole never thought much about writing melodic poetry,” he says. “But she is now.” 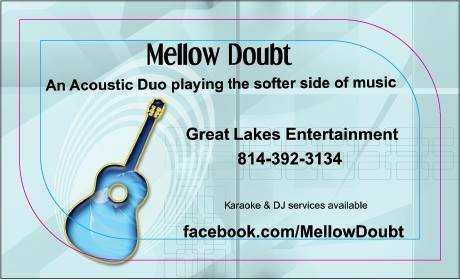 Being too close to the songs, Frenchy is stepping back, and letting the girls (Nicole & Heidi) have at it with the original drafts. Changes are coming. Strange things are happening to Frenchy’s male-centric party and esoteric rants.

How is he holding up while change rolls over his song catalog? As he sees it, “there are two kinds of people – those who act like selfish idiots, and those who step aside and let everyone have their input. We sound better doing Quarterflash than Poison anyway. That’s who we are now. We’d be crazy not to spotlight our strengths.”

Nicole joined and is now the band’s liaison with, and song-writer member of, ASCAP (the American Society of Composers, Authors & Publishers). “We joined ASCAP because the two cover songs re-made for this first album are registered with ASCAP to start with. [Note: Jefferson Starship’s 1981 top 40 hit “Winds of Change,” and The Electric Angel’s “I Live In The City” are both completed musically, and planned for inclusion on whatever CD or other distribution vehicle(s) are selected.] It just appeared to us that ASCAP would be the better fit all around,” says Frenchy. “We are hopeful that our first album release will be out there for a long time. The royalties might outlive us both. We wanted to make sure things were positioned for the long-haul.”

“Much of the time, I’m living in the past,” says Frenchy. “Nicole & (bassist) Zach (Taylor) are younger, and more connected to the future. Yeah, I still know how to drive the car,” he says. “I’m also ok with being a passenger.”

High Above 80 had its second anniversary as a band in April.  Heading into year three, they are overhauling their business plan for the next 2-3 years, and deep into our SWOT analysis.  The band is fine-tuning several show formats for entertainment buyers and seriously upping their ‘stage presence’ game with more action.  Charitable considerations are now on the table in this plan.

“Business planning for a band is a little different than some ventures,” says Frenchy Garcia (guitarist & vocalist).  “Musicianship is all about the fine details of performing.  Business planning involves the bigger picture.  Live shows are only a chunk of the end game,” he says. “We also have songwriting & recording happening, 90 miles of regional travel logistics, and ambitions in other spots of the greater music industry.”

“One of our biggest objectives early on was getting the help of an agency for bookings,” states Heidi Murdoch, (manager and musician).  “We met that goal in 2017, and our relationship with Great Lakes Entertainment has opened many doors to us that we would not have had otherwise,” she added.

“We completed one full audio/video recording project (“I Live In The City” by the Electric Angels, Atlantic Records, 1990) which is now up on YouTube.  The second such project, “Winds of Change” (Jefferson Starship, 1982), is underway, with the audio completed and video production projected to begin in June,” she said.

Change is inevitable with bands, and High Above 80 has not been immune.  “Since our former keyboardist moved on to other pursuits, Heidi has stepped into that void, enabling us to move forward uninterrupted,” says Garcia.  “Tackling a song list as deep as ours  was no small challenge.  She was already filling the rhythm guitar slot on assorted ukuleles, and has added even more instruments to her spot on stage,” he notes.

High Above 80 is set to headline on Saturday, August 4 at the Venango County Fair. They will be on the big stage from 6-10 p.m.  Other upcoming shows of interest include the Cross Creek Resort in Titusville (June 23), and the Peak & Peak Resort (September 15).

“A big challenge hitting us from our agent was to expand our song list,” Murdoch says.  “There are plenty  ‘heavy’ rock acts in the region, & he wanted us to add more of the ‘Daytime MTV’ (from the 80’s) and contemporary dance material.”

The band is doing things not many in the region are doing, including Lady Gaga, Madonna, Kesha, Miley Cyrus, Taylor Swift and Katy Perry.  As a result, they have exceeded their original business plan’s target of 150 songs, enabling them to cater to special clients with assorted show formats.

“We now have a ‘100% 80’s Show,’ along with the ‘Yesterday & Today’ package–which is loaded with a full set of contemporary hits.  We’re nailing down the final pieces of a ‘Tribute Show,’ says Heidi.  “We will have six featured artists, and six to seven showcase songs from each of those elite bands.  Jefferson Airplane/Starship, Tom Petty, Heart, & REO Speedwagon are four of the chosen, and all of these are just about complete,” she says.

Booking for High Above 80 is almost 100% handled now by their agency.  To engage the band, call Great Lakes Entertainment at (814)392-3134 and specify the show format best suited for your audience.  They can do corporate parties, grand opening/re-openings, weddings, clubs, political & other specialty events.

This article was published in the Venango Area Chamber of Commerce’s June 2018 edition of the VenangoWorks! Newsletter.