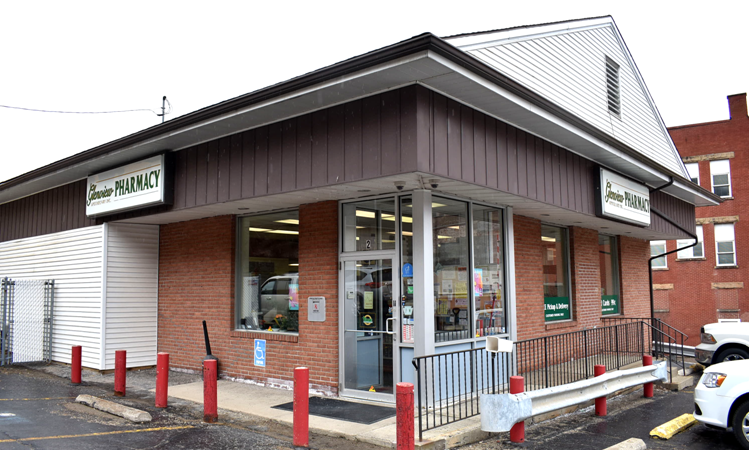 “A few years ago I didn’t think we’d make it, but we did it,” said James (Jim) Himes, owner of Glenview Apothecary in Oil City, as he reflects on the past 50 years that the pharmacy has served our area.

Glenview Apothecary was originally opened as a partnership in 1968, became a single owner business in 1976, and was then incorporated in 1989. The business was located in the Glenview Professional Building on Glenview Ave in Oil City, and then moved to the current location in 1992.

James R. Himes’ son, Jim, returned to the area in 1989 to take over the family business, after living and working for 10 years as a pharmacist at the Shadyside Hospital in Pittsburgh.

The current location of Glenview Apothecary—2 Spring Street—had been vacant for many years, once housing a number of businesses, including a gas station, laundromat, Domino’s Pizza, and Dunkin’ Donuts. In 1991, Jim and his father purchased the building and remodeled it, and it became the new home of Glenview Apothecary. 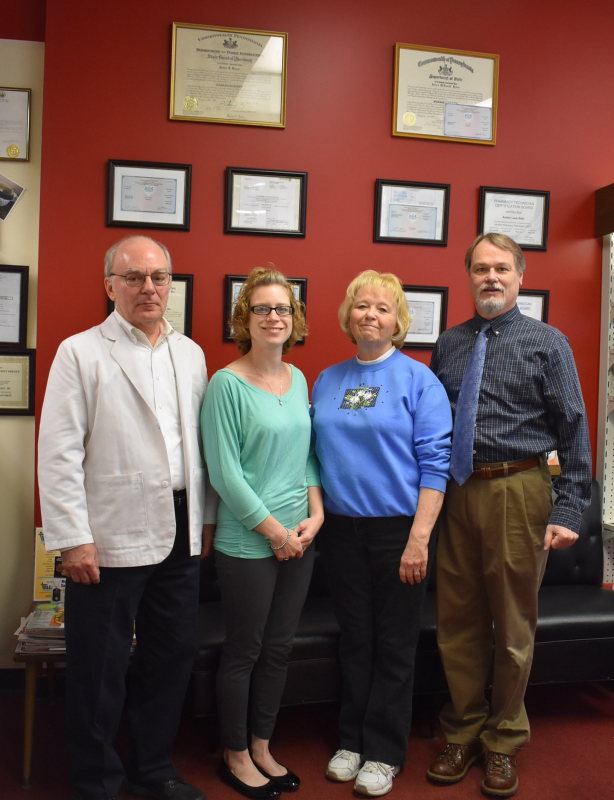 “We have seen some problems, but we’ve survived,” said Jim. “If I were to give advice to a new business owner, I’d tell them it takes a lot of hard work and sacrifice, and you have to be willing to make it work.”

Currently, Glenview Apothecary has eight employees who he credits much of the success of the business, along with his wife Gretchen.

The business offers services such as prescription filling, delivery, and a retail store with a variety of items for sale, including toiletries, over-the-counter medicine, candy, local books, and greeting cards. The greeting cards were added more recently and have been a draw for many, especially because they are often updated and cost only $0.99.

Overall, their customer service and delivery is what has kept them going. Many customers Jim still sees today he was introduced to as a high school student when working in his father’s store.

Although Glenview Apothecary is a local, small town pharmacy, they are doing all they can to keep up with the change in technology and offerings. “Technology can be a challenge, but we can’t operate without it,” said Jim.

The business uses computers to receive prescription orders, look up insurance and billing information, and to even check on narcotic prescriptions through a state database, in an effort to cut down on abuse and fraud. 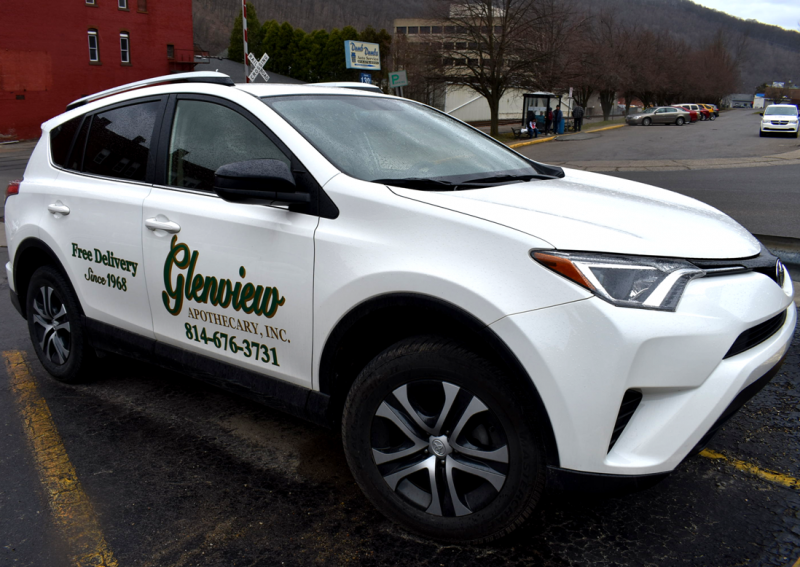 Telemedicine is also a service that Jim foresees coming into more pharmacies in the near future, as a way for local customers to connect with healthcare professionals in larger, urban areas, such as Pittsburgh.

In addition, Glenview Apothecary has become licensed to do vaccines, and plans to start offering those services in the near future.

“This is about keeping my father’s legacy going, helping the customers who have been coming here for years, and serving the community,” Jim said. “My goal is to see the store continue on.”

This article was published in the Venango Area Chamber of Commerce’s May 2018 edition of the VenangoWorks! Newsletter.