Admission to entertainment venues requires the purchase of a button for $10. With the purchase of a button, you will receive a ticket that can be entered into a basket raffle, and a mini-flashlight. Buttons will be available for purchase at the Oil City Library, Spilling the Beans, Transit Art Gallery & Gifts, Karma Coffee, and the Venango Area Chamber of Commerce prior to New Year’s Eve, but only at Spilling the Beans (southside) and the Transit Fine Arts Gallery (northside) on December 31.

This article was published in the Venango Chamber’s December 2019 VenangoWorks! Newsletter. 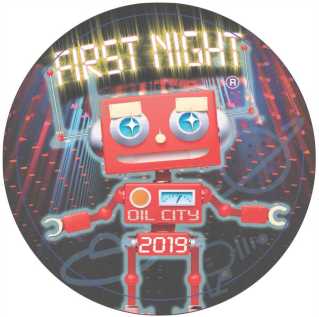 il City has finalized plans for this New Year’s Eve on December 31 from 5:30 – 11 p.m.  This fun-filled, family-oriented, non-alcoholic celebration will present an Art and Technology theme, showcasing the 50th anniversary of the moon landing.

Activities will include hat making, crafts, Cool Night Light People procession, fireworks, a drum circle, and an outdoor laser light show to end the evening. The event will also feature a wide range of entertainers; from clowns to musicians, to ice sculptors. Grab a program booklet for details on all events and times. 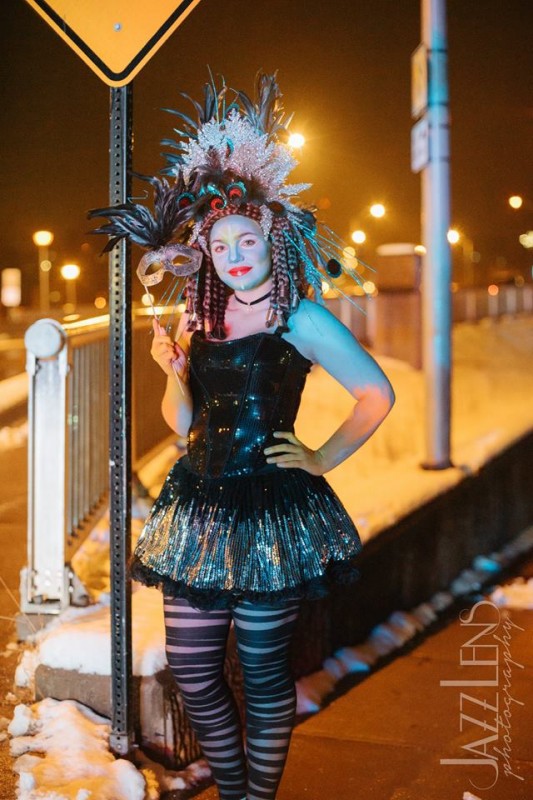 Buttons must be purchased and worn by attendees entering any performance venue. Children 5 and under will be admitted free of charge. Prior to Christmas, buttons will be $8. After that, the price will increase to $10 and  special light-up buttons will be $15.

Buttons will be sold at: Venango Area Chamber of Commerce, Karma Coffee Company, Transit Arts Gallery, Oil City Library, and Spilling the Beans Coffee House. On New Year’s Eve, buttons will only be available after 5 p.m. at Spilling the Beans and Karma Coffee Company. Program booklets are available at sites where buttons are sold. For additional info, follow on Facebook or visit www.firstnightoc.com. 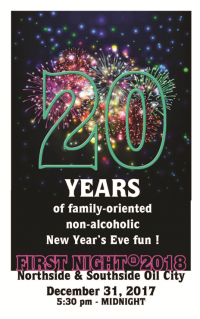 As the 20th Anniversary of First Night® Oil City approaches, the planning committee has finalized plans for a truly gala anniversary event for New Year’s Eve on December 31st.  Beginning in 1997, this family-oriented, non-alcoholic celebration showcases performing groups from among the 224 uniquely groups that have performed at least once in prior years.

An admittance button must be purchased and worn by attendees prior to entering any performance venue.  Regular buttons cost $10 and jazzed up “blinky” buttons cost $15.  If purchased prior to Christmas, regular buttons will be sold at a reduced price of $8 each.  Children ages 5 and under, accompanied by an adult, will be admitted at no charge.  Buttons are available at the following locations: Venango Area Chamber of Commerce; Days Inn; Karma Coffee; Transit Arts Gallery; The Sleep Shoppe; Oil City Library; and Spilling the Beans Coffee House. On New Year’s Eve, buttons will only be available after 5 p.m., at Spilling the Beans, Karma Coffee, and the National Transit Building.

Please join us for an evening of family fun, fireworks, fanfare, children’s events, and stellar entertainment brought by the Oil City Arts Council and many wonderful sponsors. Three vans will be available for transporting First Night revelers about town throughout the evening.

A complete overview of all Oil City First Night events and performance locations will be published in Good Times in an issue after the Christmas Holiday.  For additional First Night information, please contact Susan Williams at the Venango Area Chamber of Commerce at: swilliams@venangochamber.org or follow First Night Oil City on Facebook.  Also, a new Snapchat & Twitter experience will be a part of the fun this year.