All posts tagged board 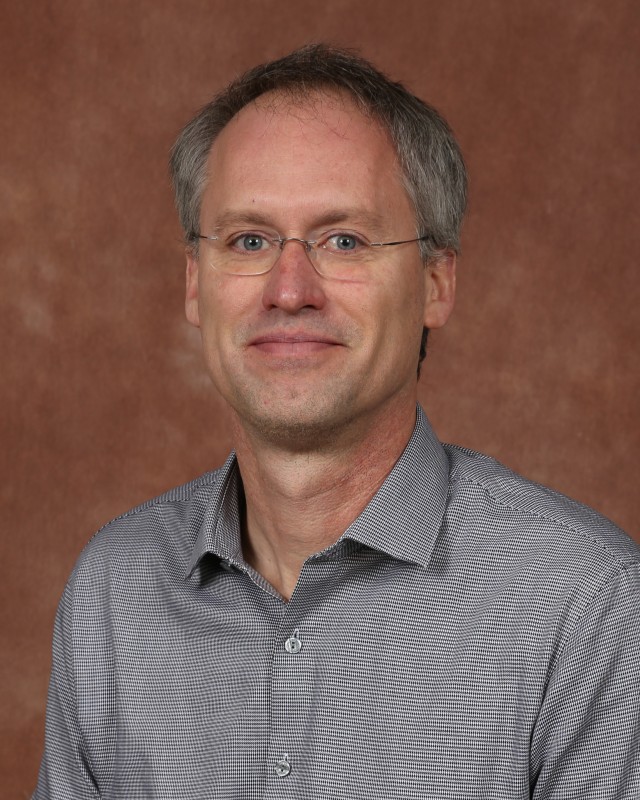 Doug Eberle has been a local business owner since 2010 and a member of our Board of Directors since 2017.

He grew up in Slippery Rock and went on to college at Edinboro University. In 1986, he moved to Venango County when his family purchased the Oil City Agway store.

After working for Agway for more than 20 years, Doug took over the family business and continues to own and operate the store. Doug’s wife, Kim, is a teacher at the Oil City School District and his children, Danielle and Mitchell, both live and work in Pittsburgh.

Besides serving on our board, Doug is a member of the Venango County Humane Society’s Board of Directors and is also involved with Jamie’s Kids, a local nonprofit organization that gives aid to children in our area who have been identified by educators as having a need, and the Blue & White Turkey Bowl, a fundraiser for the Oil City School District’s Blue & White Booster Club.

In his free time, you can find Doug spending time with family and doing anything that involves being outdoors, including biking at Oil Creek State Park, hunting, and playing softball in the Oil City 35 and older league.

He enjoys living here because of opportunities for outdoor recreation, the friendly people, and the relaxed and slow-paced atmosphere.

Doug has appreciated being able to contribute towards the mission of the Chamber to help grow local business.

“My role as a chamber member is to be an advocate for the Chamber and the many roles it has in our business community,” he said.

This article was published in the Venango Area Chamber of Commerce’s September 2018 edition of the VenangoWorks! Newsletter.

Alan McBride has served on our board since the beginning of this year. He has worked with the Komatsu Mining Corp. for six years in recruiting and talent management. His position is focused on employee-development, which has allowed Alan to experience a new perspective and truly make an impact on the organization. 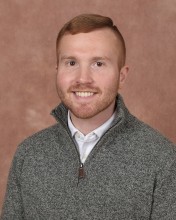 Alan also serves as VP/secretary of the Chamber’s young professionals organization, Future Leaders and Entrepreneurs Exchange (FLEX). He enjoys bringing Komatsu’s summer interns along to FLEX’s annual Summer Kickoff event to expose them to networking opportunities in our region.

Outside of the Chamber, Alan also serves as a member of the Board of Directors for United Way of Venango County. In his free time, Alan enjoys golfing as a member of Wanango Country Club. He also loves spending time on the river and exploring the area’s many trails.

Alan loves being a part of a smaller community. He feels that efforts made to improve the area have effects both regionally and globally. He is passionate about drawing people to the area and is very proud to work for a global engineering base located in Franklin.

“My goals align with the goals of the Chamber, especially when it comes to growth in the area,” said Alan. “Identifying emerging talent in our region invigorates and excites me.”

As a board member, his focus is on implementing the strategic plan to cause economic growth and development in our region.

“I really want to help create a community where young professionals can thrive,” Alan said.

Alan’s passion for the community drives him to continue to work towards creating a bright future for the region.

This article was published in the Venango Area Chamber of Commerce’s August 2017 edition of the VenangoWorks! Newsletter. 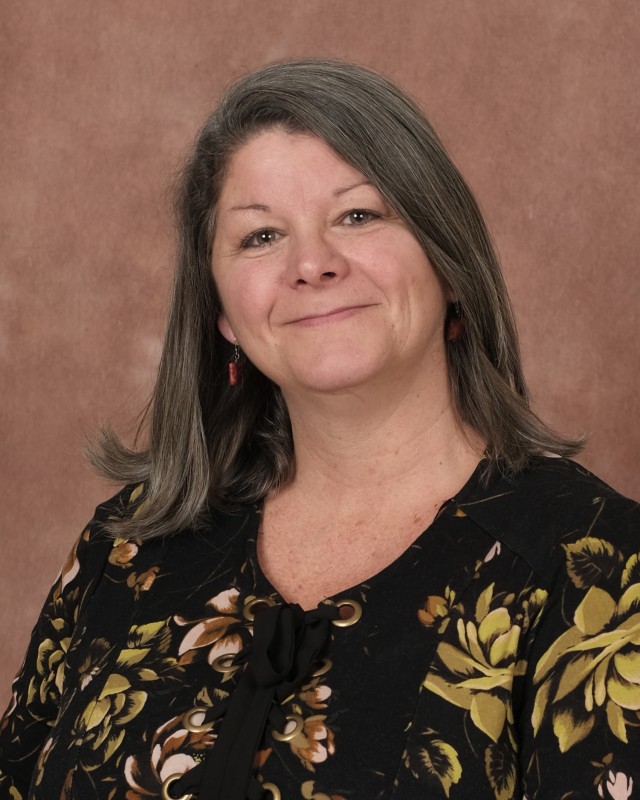 Cathy Kentzel has been serving the Venango Chamber as a board member since January of 2017. As owner of the Barnard House, a bed & breakfast in Emlenton, with her husband Paul, Cathy sees her role as directing some of the spotlight to the southern tier of our county.

The Kentzels moved to the North Hills of Pittsburgh, where they raised their five children for 28 years. Both Cathy and Paul worked as estate managers at Wilson Hall, located in Sewickley Heights, where they worked to preserve the estate for the last surviving industrial revolutionist. Paul worked to reclaim the home, while Cathy specialized in the gardens, leading to an induction of the hall into the Smithsonian Institution and entrance into the National Historic Registry.

After some changes in their careers, the couple was faced with crossroads that led them to Emlenton and the purchase of the Barnard House in 2014. “For this business, all of our talents came together,” said Cathy. “Paul was of assistance with historic preservation of the structure, while I used my experience as an event planner and professional gardener.”

Cathy and Paul created an original business plan, but got to know the environment and needs of the region, and shifted their focus more towards recreation and tourism, with a historical flare. The Barnard House also places high importance on locally sourcing as much as possible, such as food and services.

Cathy has appreciated the opportunity to use her perspective as a business owner to aid the Chamber’s board. As mentioned previously, her goal is to refocus many efforts onto the southern tier of our county, working to redefine the marketing of recreation and tourism in Emlenton and the entire region.

“I look forward to playing a part in moving forward in a positive direction to enable future collaboration and business in our area,” she said.

“Through the Chamber’s efforts in attracting a younger generation, we are receiving fresh ideas and concepts that this county needs. I see the Chamber starting to redefine itself and becoming somewhat of an incubator for potential concepts, ideas, and visions, for the entire region.”

This article was published in the Venango Area Chamber of Commerce’s May 2018 edition of the VenangoWorks! Newsletter.

Trenton Moulin is currently serving his second year as a member of our board. He previously served as president of the Chamber’s young professionals group, FLEX. He was a major presence in founding FLEX and establishing the group as an effective network of young professionals dedicated to empowering future leaders in the Venango region.  Trenton was awarded Young Professional of the Year in 2015.

Trenton graduated from the University of Pittsburgh and began working in nonprofit accounting before moving to HR recruiting. He later became the Director of Development at the American Red Cross. For the past seven years, Trenton has worked as the Executive Director of Bridge Builders Community Foundations, an organization focused on creating and growing endowments that benefit the needs in our region.

Outside of work, Trenton is hugely involved in the community and has served as a volunteer in a wide variety of organizations, including the Oil City Main Street Program and the Oil Region Library Association. In his free time, Trenton loves experiencing the outdoor recreation available in our area, including the rivers and trails. He also enjoys attending Pitt football games and, most importantly, spending quality time with his wife and two children.

Trenton loves the comradery he finds working in a close-knit community.  He enjoys the teamwork and sense of unity the working community shares.

“It’s great when a group of people get together to make something happen,” said Trenton.

His goal as a member of our board is to position the Chamber as the leading resource for the business community and the number-one generator of leaders in our region. He also continues his support of FLEX and would like to see the organization continue to promote the empowerment of our region’s young leaders who are equipped to help the area thrive.

Trenton envisions a future Venango Region that has rebranded itself as something not-quite-rural, not-quite-urban, but something in between that has found its niche, attracting new businesses and becoming a hub of new and exciting ideas.

David Snedden has served as a member of our board since January of 2012. He is our immediate past president, having served from 2015 to 2016.

David has a varied background in business, having worked as a pharmaceutical representative, as well as in insurance, among other things. He is currently the branch manager at Hagan Business Machines located in the Cranberry Mall. His primary focuses include engaging with the customer base, consulting on new equipment, training, and general problem solving.

Outside of work, David is highly involved with the  sports community. He runs a competitive adult volleyball program consisting of about 25 people. Many participants are local, but several travel from areas including Greenville, Tionesta, Cochranton, and Knox to be part of the program. David also serves as  Director for an adult basketball group, and chairs the committee for a benefit golf tournament. He also is the league commissioner for the Venango Christian softball league and coaches the First Church of God team.

“The best part of working in this area is definitely having the ability to build lasting relationships with my customers,” said David. “Since it’s a small area, I see them out and about. A lot of the time they feel more like friends than customers.”

During his term as president of our board, David’s main goal was to develop a more robust committee structure for the board.

“Since the Chamber is limited with a smaller staff, we wanted to involve more members and volunteers in a committee-based system to generate a broader reach in the community and local businesses,” said David.

This plan became a reality during David’s term as president, and the Chamber saw positive results. The Golf Outing Committee was able to revitalize the annual event to engage more of our members. The Business of the Year Committee implemented positive changes to restructure the event with a positive outcome. These are just a couple examples of how the committee system has impacted the Chamber.

As an active member of the community, David has an optimistic outlook for the future of our region.

“I think positive changes are happening,” said David. Change takes time. It takes a while for the efforts being made now to take effect and for the community at large to realize there are people like Ashley Cowles with the ‘Be Here’ initiative and many others who are making a difference.”