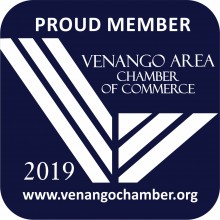 Over the years and throughout the world, membership in chambers of commerce has offered business owners credibility to consumers looking to purchase products and services. The Venango Area Chamber of Commerce has provided its members with the seal of approval from the early days when hand typed, mimeographed membership directories were distributed within the community to the modern day form of promotion through the chamber website and online membership directory.  One way to let customers know you’re a member of the Venango Area Chamber is by displaying a window cling.

You’ve seen them all over the region—The Venango Chamber proud member window cling, adorning the entry doors on over 400 businesses and organizations in our community.

By displaying this cling, you tell customers that you played an integral role in the success of the Venango area through your membership in the Chamber. 2019 “Proud Member” decals will be distributed within the next few weeks.

This article was published in the Venango Area Chamber of Commerce’s January 2019 VenangoWorks! Newsletter. 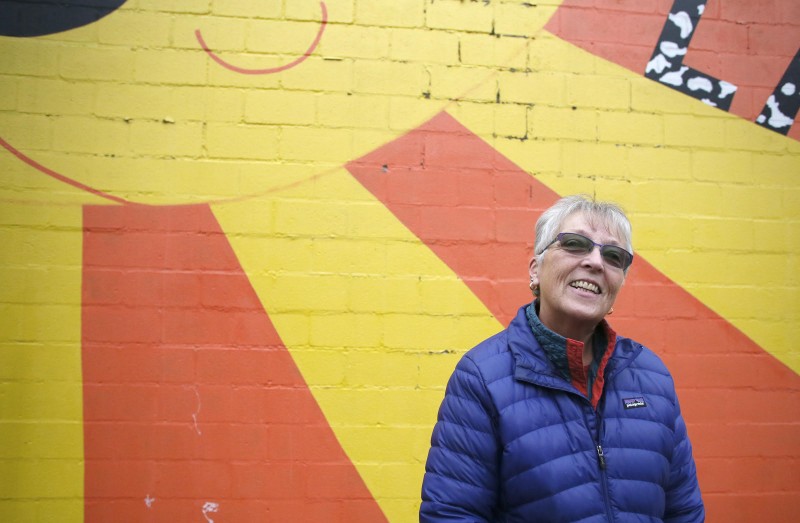 The Outstanding Citizen of the Year award is given each year by the Chamber to an individual who consistently shows leadership through extensive and diverse participation in volunteerism and service to community. 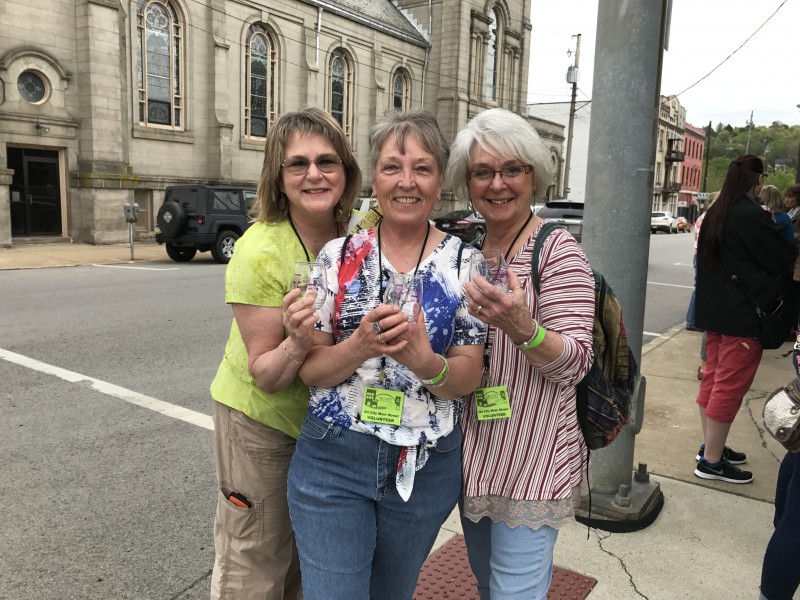 Leah Gesing, the 2018 Citizen of the Year, has been a tireless volunteer in her neighborhood and in several organizations.

A President Township native, Leah graduated in 1972 from West Forest High School in Tionesta, worked in the food preparation department at Oil City Hospital and retired as “a lunch lady” in 2007 from Oil City High School.

“I was retired and I saw things happening in my neighborhood – drug activity and violence – and I wanted to help change that,” she said. “So some of us got together and formed the South Side Neighborhood Association in the summer of 2007.”

The organization’s first project was the creation of a neighborhood playground because “there was nothing in the East End for children,” said Gesing. In less than two years, the all-volunteer group had secured a vacant lot, raised funds, purchased equipment and installed a Laugh and Play playground.

“It was one of our greatest accomplishments because we got a playground but we also brought the community together,” she said. “We showed it was time to step up, pay attention to your neighborhood, bring people together and get stuff done.” 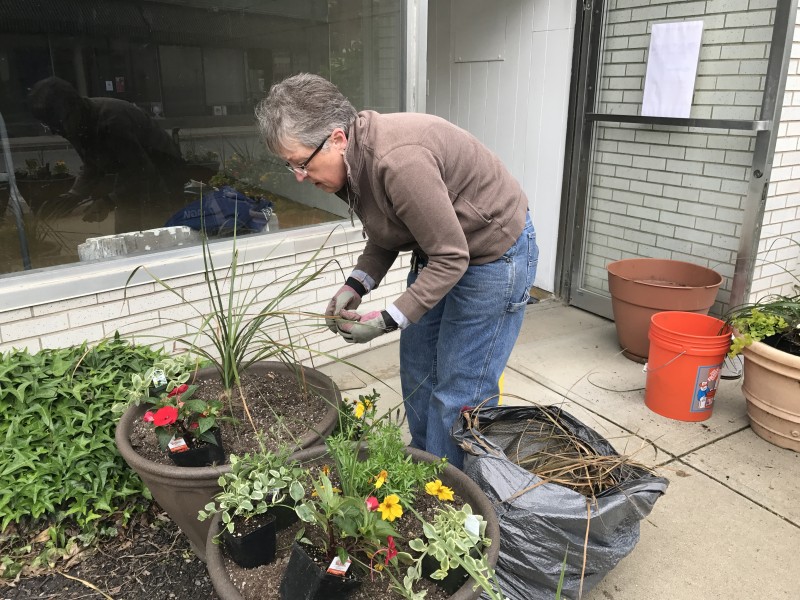 It was just the first installment in what Gesing describes as her personal agenda to “step up” to identify problems and find solutions in her home community.

Noting Gesing’s “can do attitude” lends itself to successful projects, former county commissioner Bonnie Summers wrote that the award recipient was keenly involved in drug and alcohol prevention programs, the Safe House initiative, summer playground series and the county’s Land Bank project. Summers adds, “She does these many acts of kindness for us in this community because of her love and passion. Helping others and making our community strong and safe is the foundation of Leah Gesing’s life.”

Sonja Hawkins, former mayor of Oil City, credited Gesing with “making each participant feel personally valued” in the various city projects she tackled. There was a private side, too, as Gesing “quietly provided meals for shut-ins, visited those with needs and consistently helped many people who have felt alone,” noted Hawkins. 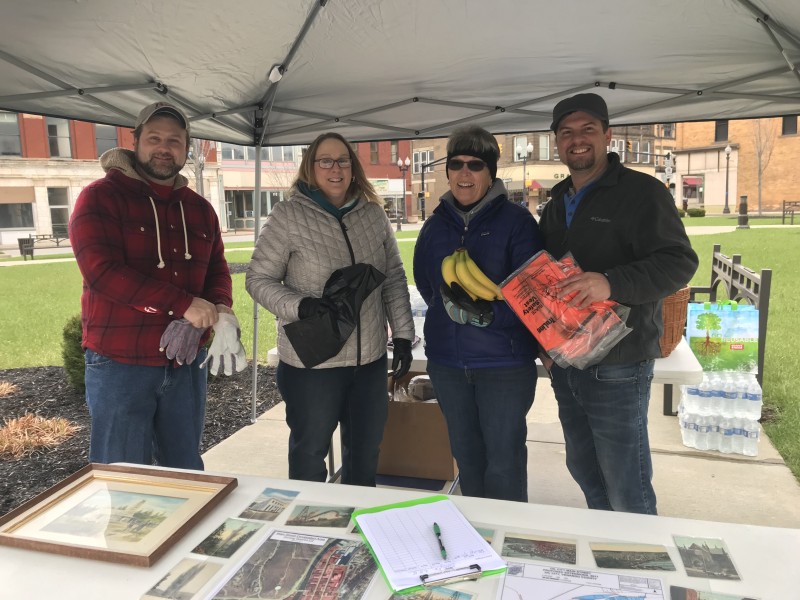 Jodi, Dave and Elicia Donze, owners of Best Printing, said they met Gesing when she was promoting the new neighborhood association. She has the knack of keeping volunteers energized over the long haul and could be counted on “to turn on the lights at the beginning of an event and turn them off at the end,” they wrote.

On the private side, Gesing was honored this fall by her church, the Crossing Free Methodist Church of Oil City, that held a “Leah, You Rock!” surprise party to honor her service that includes organizing meals for church events, working with contractors on building projects, helping with the church youth ministry and more.

Her service, too, has extended to the Pleasantville Family Camp, a Christian camp affiliated with the Free Methodist Conference, where she works on camp improvements and finds ways to “improve and grow the ministry.”

While Gesing leans back from the platitudes and insists they reflect “the work that a lot of us together do rather than just one person,” her husband Frank, a retired General Telephone Co. employee, is quick to argue the other side.

“She’s offered her services all her life, to her church and her community,” he said. “She has a lot of energy and she doesn’t waste it but instead makes it work for good things. And, it doesn’t take long to like her. She’s not in it for the glory.”

For Leah, life has a lot of lessons but a few are easy ones. 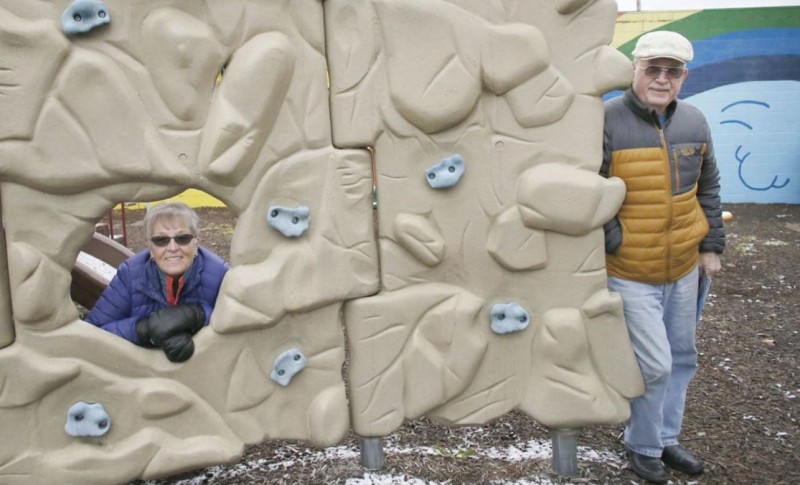 “I hate negativity and I just want to say to someone ‘get over yourself’. Just get out there and help someone or some project. I will tell you, it makes your heart happy to do things for someone. So, get involved and make it better. Start loving your city and enjoying it,” she said.

“I would hope all kids have their heart in helping their neighborhoods. We need them. All you have to do is reach out, step forward and help,” said Leah.

She and her husband, Frank, married in 1985 and have lived on Central Avenue for many years. The Gesing’s have two sons, Frank Jr. and Karl, and three grandchildren.

This article was published in the Venango Area Chamber of Commerce’s January 2019 VenangoWorks! Newsletter.

The 2019 Class of Leadership Venango met on November 14 at the Cranberry Place in the Cranberry Mall. The third session of the nine-month program was focused on understanding community caregiving. The class started their day by working on class projects with their teams and were then joined by Deb Lesko of Venango Catholic High School to focus on project management.

The next guests, Kathleen Ellwood and Joe Croskey of KECoaching and Consulting, LLC, connected with the class to explore diversity. They had the class participate in a few activities that concentrated on the dimensions of diversity and discrimination.

Before lunch, Susan Williams, President & CEO of the Venango Area Chamber of Commerce, facilitated a panel discussion regarding Venango County caregiving. The panel guests included: Mary Jean Gavin of Community Services of Venango County, Jane Byham of Wesbury Retirement Community, BreAnn Chisholm of Child to Family Connections, and Rina Irwin of Child Development Centers Inc. The panel focused on the 40 Developmental Assets and their connection to each stage of life.

The class took a break mid-day for lunch, after which they heard a presentation from Joyce Fosdick, Executive Director, and Libby Hansford, Service Learning Director, of Keystone SMILES Community Learning Center. Their presentation centered on their involvement with AmeriCorps, as well as leadership practices and understanding the different components of poverty.

This session was very interactive and had the class on their feet and participating in different role-playing activities. Many class participants felt this session was one of the most impactful and emotional yet.

The next session is scheduled for December 12 at PennDOT, where the class will focus on maximizing clean communications. For more information, visit leadershipvenango.org. 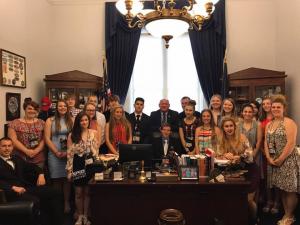 th Tour is an all-expense paid, once-in-a-lifetime chance for youth to bond with fellow students, meet elected officials and experience our nation’s capital. More than 1,800 students from across America take part in the Youth Tour experience each year. This unique trip gives the opportunity to watch history come alive as they explore museums, memorials, and monuments. Some of the stops for the trip may include the Newseum, Arlington National Cemetery, Mount Vernon, Iwo Jima Sunset Parade, National Cathedral, Madame Tussauds’ Wax Museum, Smithsonian, National Zoo, a Kennedy Center production, the Holocaust Museum, and a Potomac River Boat Cruise.

Teens will meet student leaders from nearly every state and hear from dynamic speakers. They will make friendships that last a lifetime and be part of a group that has more than 50,000 alumni in every walk of life, including U.S. Senators and CEOs.

All high school juniors who reside in a home receiving electric service from CEC are eligible to apply by completing the application requirements either through their school guidance counselor or visiting www.central.coop. All application requirements must be received at CEC before January 18. For more information about Youth Tour visit www.youthtour.coop, call 800-521-0570 or visit www.central.coop. 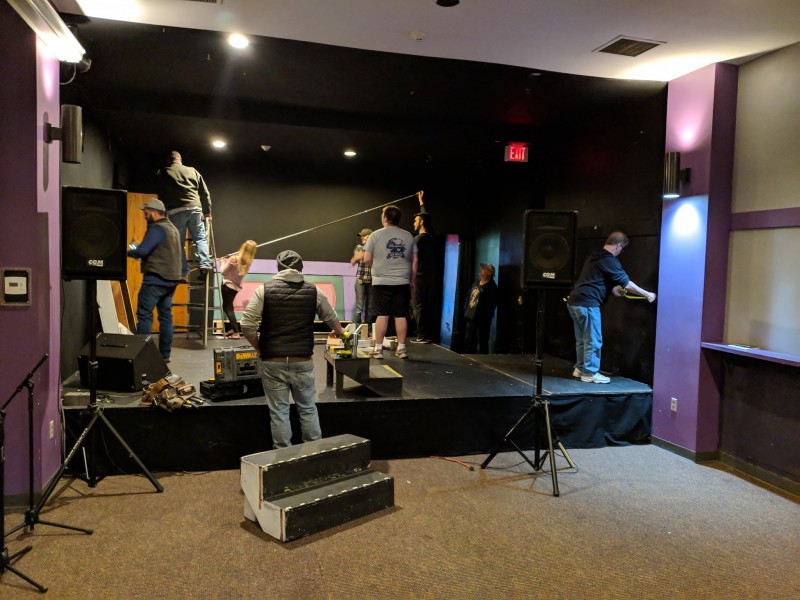 Franklin Civic Operetta Association’s Off-Barrow Committee is starting Phase One of improvements to their production space at the Barrow-Civic Little Theatre. Projects include removing the existing stage and rebuilding a newer, safer stage, rebuilding the tech booth, and enclosing the display window.

Please consider if you can volunteer in the effort to improve this venue during the theatre’s holiday shut-down, December 26-30. Contact Off-Barrow Chair Casey McVay with any questions at caseylmcvay@gmail.com, or sign up to volunteer at goo.gl/forms/YFkCWlNooT6Nt0iu2.